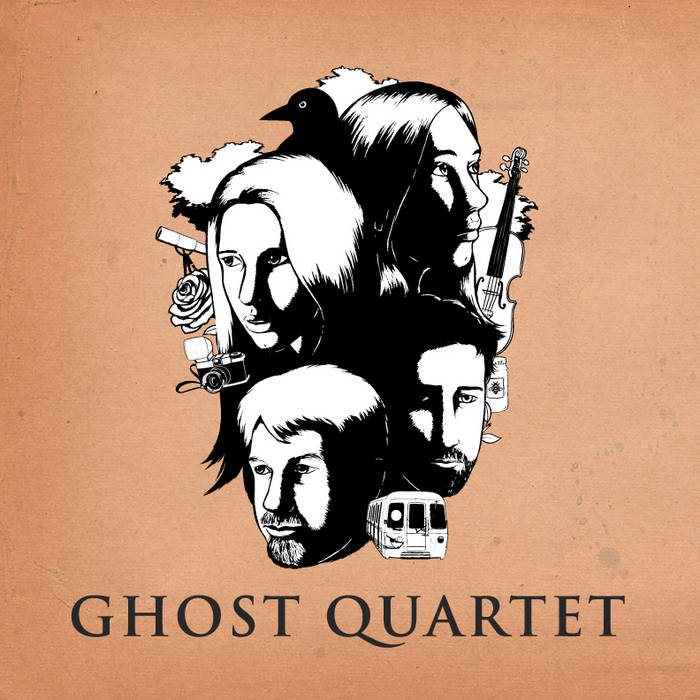 Mackenzie Dave Malloy makes such beautiful music and each song in this album has such a unique sound. Favorite track: Tango Dancer.

A Ghost Quartet makes me feel infinite. It makes me feel like I have all the answers, or at least a few of them. It is life-altering. Favorite track: The Wind & Rain.

akhrosimova i love this album because it fucking SLAPS, thanks dave Favorite track: Bad Men.

E.Y. Washington Your work is as priceless as it is intricate. Thank you :) Favorite track: Starchild.

Barbara Ellis Great performance at The McKittrick Hotel. Great memories of a special time by having the music to play and replay!

For You The Moon

A theater piece based on this music, Ghost Quartet, premiered at The Bushwick Starr in Brooklyn, NY, on October 8, 2014.

Ghost Quartet is indebted to numerous sources of inspiration, including Arabian Nights, Matsukaze (a Japanese Noh drama), Grimms’ Fairy Tales, Edgar Allan Poe’s “The Fall of the House of Usher”, James Joyce's Ulysses, Rosemary Timperley's "Harry," Thelonious Monk’s “Ruby My Dear,” “Epistrophy,” and “’Round Midnight,” The Twilight Zone (particularly “The After Hours” and “In His Image”), 2001: A Space Odyssey, David Bowie’s Ziggy Stardust, Stephen Sondheim’s Into the Woods, Cosmos (both the Sagan and Tyson versions), Stephen King’s Dark Tower series, The Legend of Zelda and Castlevania, Neil Gaiman's Sandman, Bill Willingham’s Fables, Ken Wilbur’s A Brief History of Everything, Tina Satter’s Seagull (Thinking of You), Frozen, and R. Umar Abbasi’s NY Post photo. “The Wind & Rain” is an English murder ballad, dating back to at least the 17th century; it is presented here with some textual alterations.
________________

Bandcamp Daily  your guide to the world of Bandcamp

Featuring appearances from Kari Faux, Bluestaeb and and interview with NY-bred artist Wiki